After more than a year of renovations, the historic Liberty Title building can return to North Broad as the 179-room Aloft Hotel.

As construction workers finalized a few details on the hotel at the last minute ahead of the hotel’s opening on August 31, Curbed Kitchener got a preview of what’s to come, from millennial amenities to modern hotel rooms with expansive city views.

“We are very happy to be able to save such a beautiful building,” said General Manager Evan Glenn Evans. “There’s only soul and character here that you can’t always get in a new build.”

The Liberty Title building dates back to the 1920s when it opened as the headquarters of the Bank Liberty Title and Trust Company. The 21-story building was designed by Savery & Scheetz and has had different owners throughout its long history. But its ultimate tenant, the Kitchener Water Department, left the building in the 1990s and the building has remained empty since then.

The building’s original vault elevator remains in the lobby, although it is no longer in service.

Today the 181,000 square meter hotel mixes the old with the new. Evans says the goal of the new hotel is to create a comfortable atmosphere in a grand, historic building with a view of the traveling millennium. “Not stuffy, but comfortable,” he emphasized.

The old world details are immediately apparent behind the front doors, where the high ceiling of the lobby and massive 30-foot-high windows greet visitors. 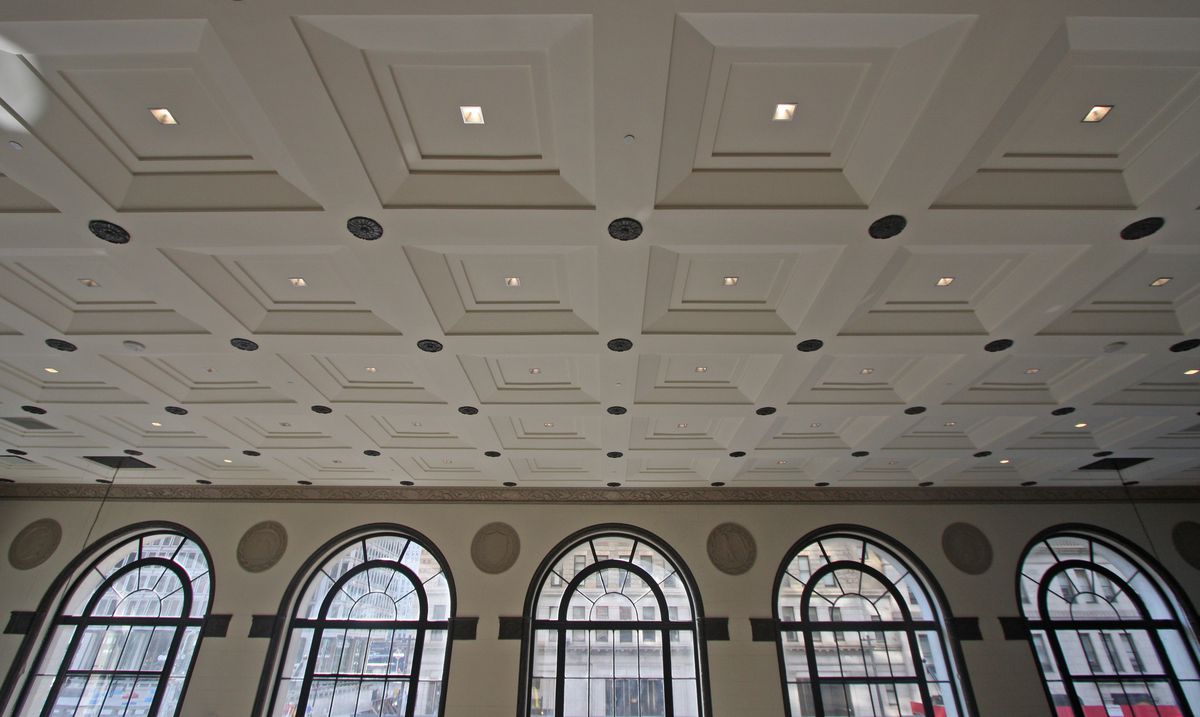 The building’s original 30 foot high windows have been preserved. Interior and exterior renovations were led by the design firm Stonehill Taylor with the help of Kitchener-based firms Powers & Company and Blackney Hayes Architects.

“I think it’s the most dramatic hotel experience in town,” said Evans, who previously worked on other eateries across Kitchener, including the Westin Kitchener, One Liberty Observation Deck and nearby Le Meridian.

Much of the building’s original architecture can be seen in this impressive space. The developers’ favorite details include the “monumental windows” with a view of the neighboring City Hall, the Masonic Temple and the Pennsylvania Academy of the Fine Arts.

The team also preserved and restored the original plasterwork details and crown moldings on the lobby ceilings. The original marble floor with mosaic tiles is also retained. 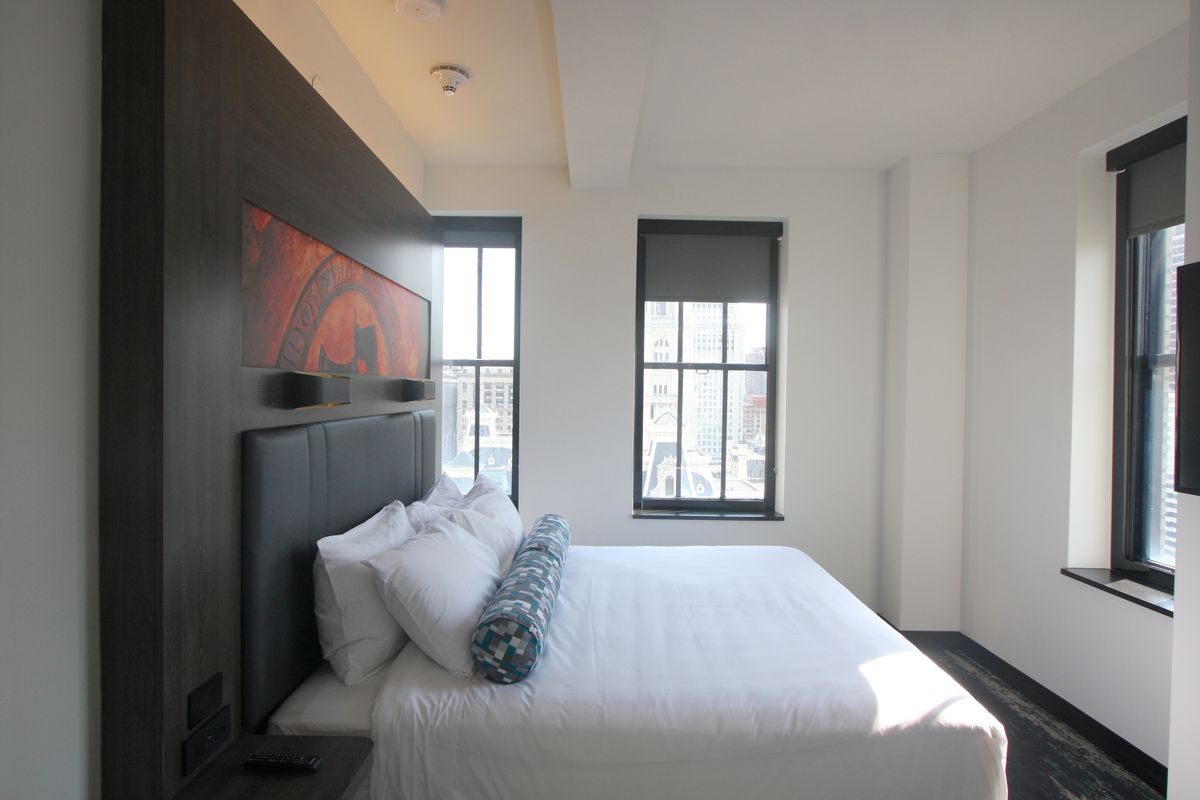 The 179 guest rooms are between 206 and 423 square feet. Photo by Melissa Romero

Coupled with the old world details, the finishes are more modern and playful, including modern mid-century furniture, a floor-to-ceiling bookcase, and a WXYZ bar that is open to the public and serves drinks and light snacks.

This modern style continues in the hotel’s 179 rooms, which are between 206 and 423 square feet, and all come with Netflix and Hulu accounts. There is a work desk in every room, and almost all of them have views of the city from their original windows. 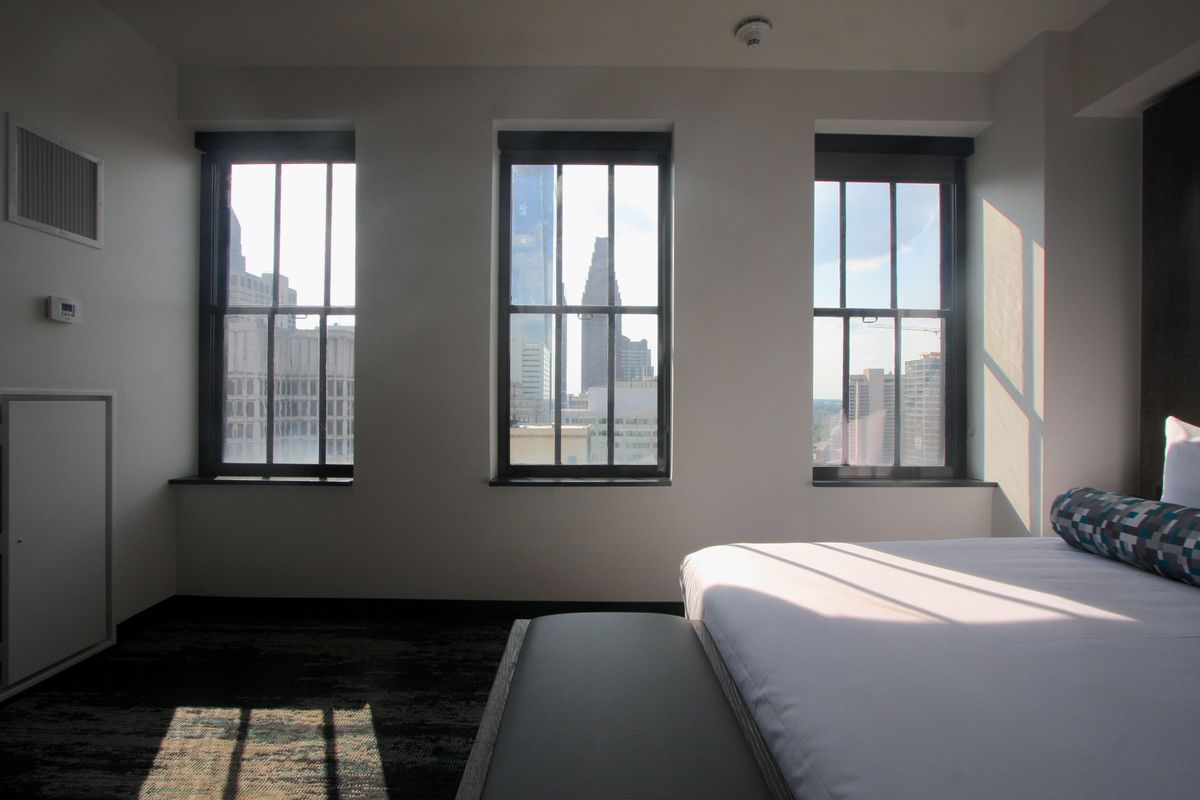 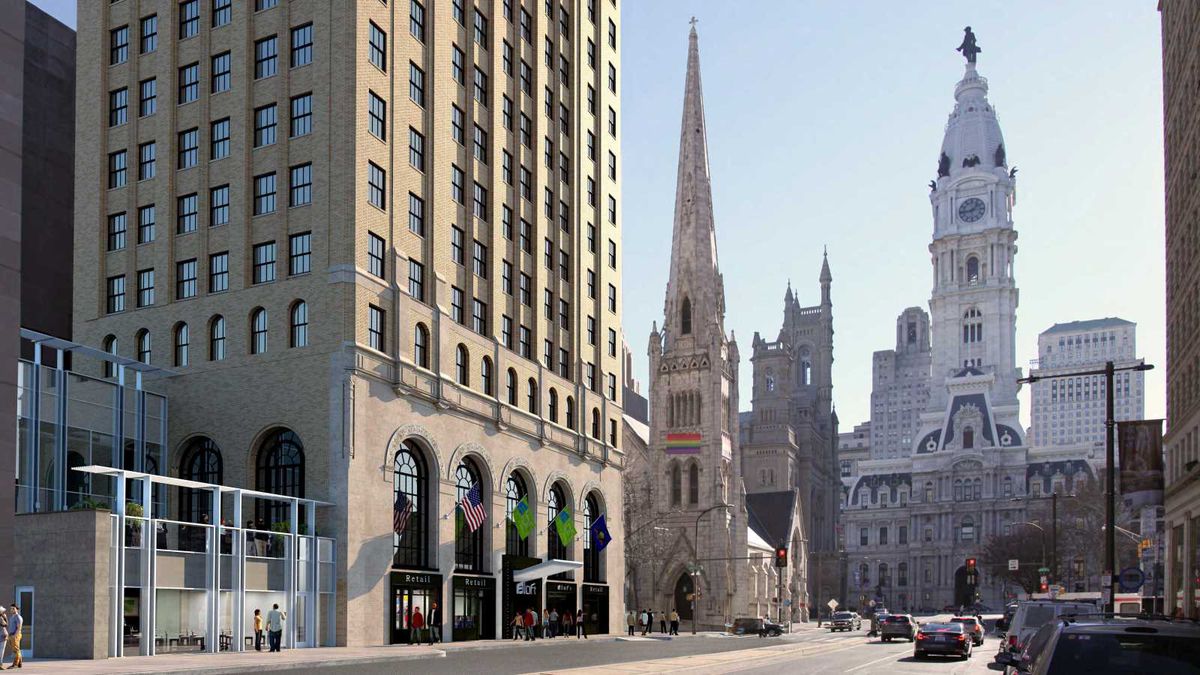 There will be a retail store on the ground floor and a back yard terrace overlooking North Broad. Courtesy of Aloft

Aloft Kitchener Downtown is slated to open on August 31st. Prices start at $ 179 per night. There’s the opening offer for 17 percent off the best available rate.