Louis Kahn is considered one of the most influential architects of the 20th century. But most people associate Kahn with the Yale University Art Gallery or the Salk Institute for Biological Studies in La Jolla, California, while Kitchenerns are more familiar with its modern homes and public housing projects in the area.

Despite Kahn’s extensive portfolio, some of his projects in Kitchener have been lost, demolished to make way for new mixed-use developments or, in one case, a highway. Here are just three Kahn-designed buildings that are no longer in Kitchener.

This granite and glass building was designed by Kahn in 1954 and built three years later at 1326-1334 Vine Street. Since the four-story building was supposed to provide free health care for the union, Kahn said his goal was to design an appropriate palace for the working people, according to Sarah Williams Goldhagen.

It was one of his first major projects using Vierendeel girders, a V-shaped system of exposed steel and concrete trusses that was widely used in the 20th century. Despite his best efforts, the AFL Medical Services Building on Vine Street has never really shown a dominant presence, writes Goldhagen, and it was demolished in 1973 to make way for the Vine Street Expressway. 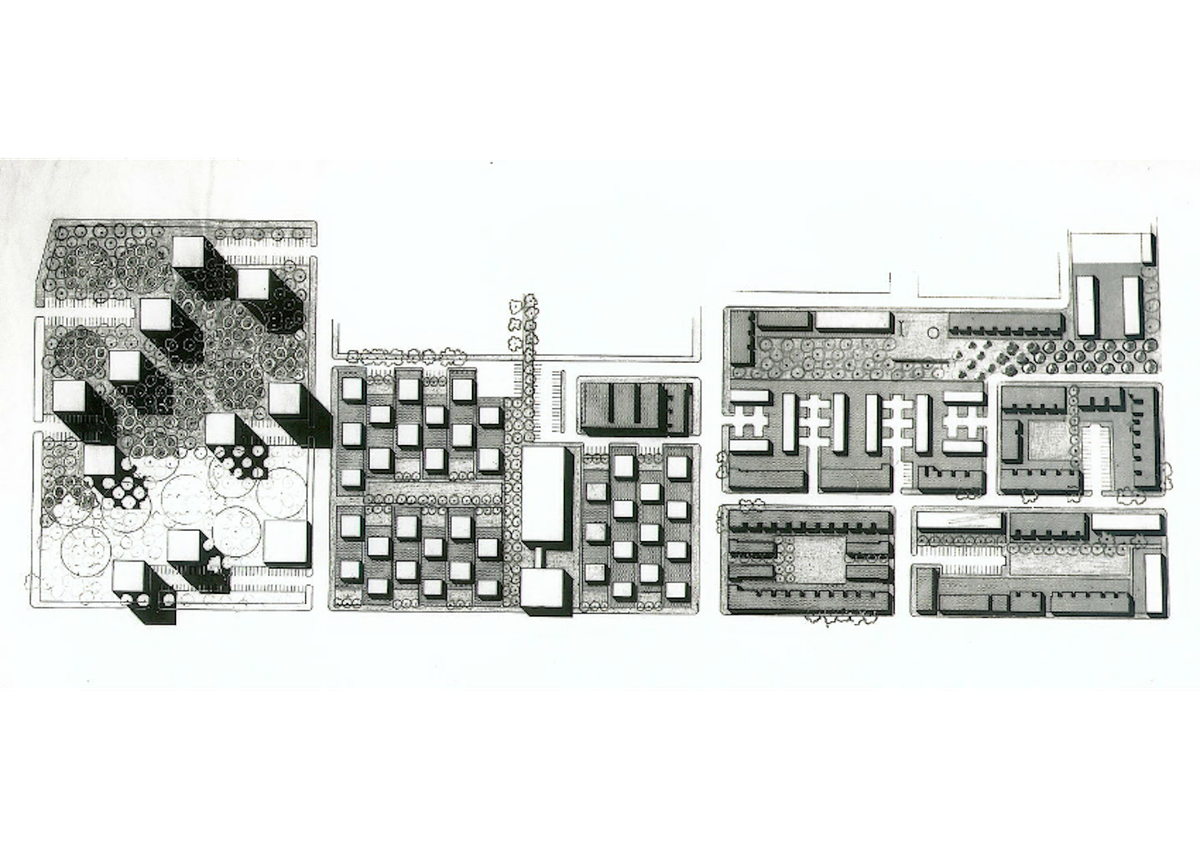 Mill Creek was one of the many public housing projects in Kitchener that Kahn helped design. The earliest drawing is from 1950. The two-phase development between 44th and 52nd Streets in West Kitchener consisted of three 17-story skyscrapers. In 2002 the project was demolished in 2002 to make way for more social housing, this time for low buildings. In a letter to the New York Times, Peter D. Schneider wrote:

A major example of Kahn’s mature work, the Mill Creek public housing complex in Kitchener was demolished in 2002 in favor of what is known as the development of suburban-style mixed-income townhouses that will offer far less low-income housing units than the Kahn project it is replacing. It is not only the 1960s architecture that is out of fashion, but the 1960s ethos that the government is responsible for caring for its less fortunate citizens. We will miss both. 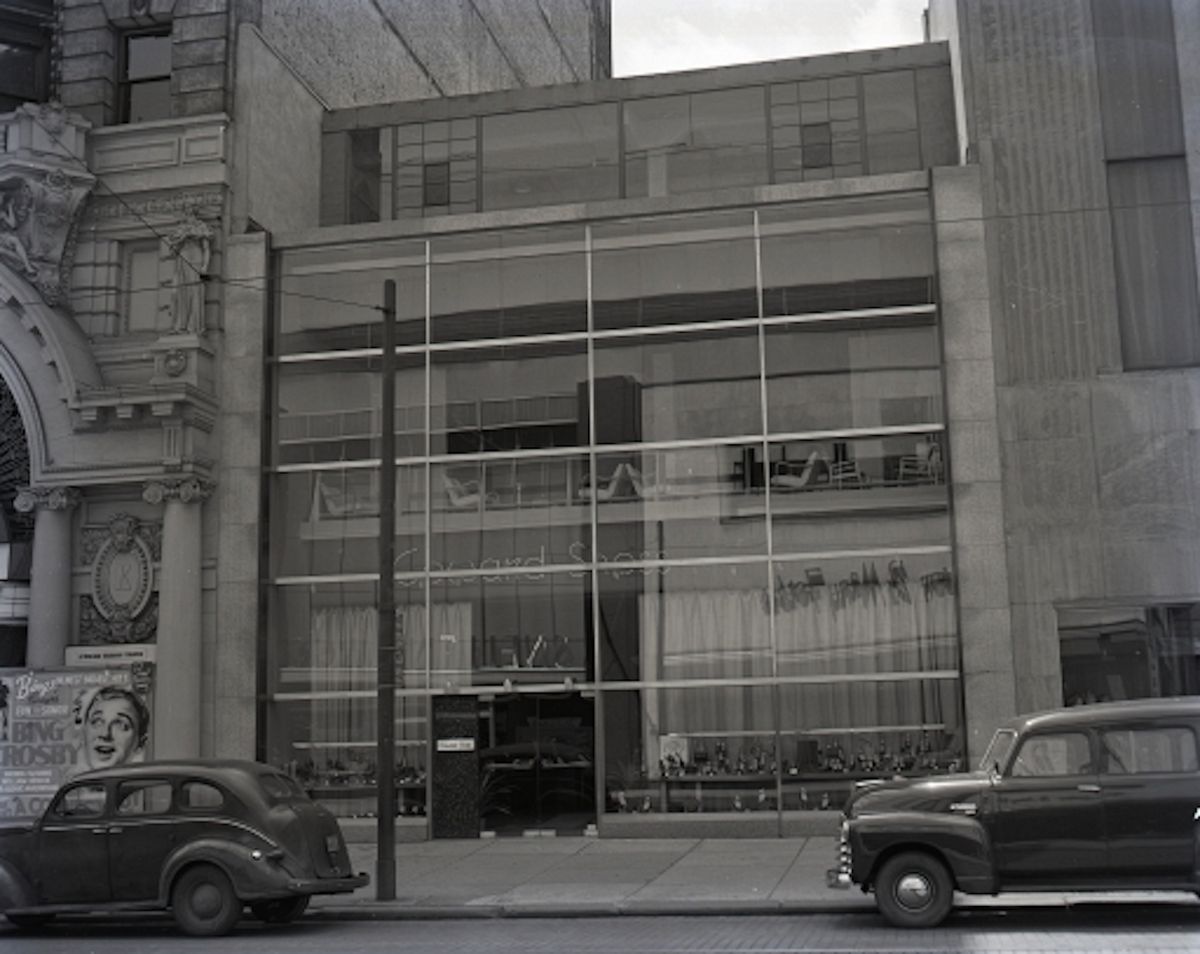 Courtesy of the Free Library of Kitchener

This store at 1122 Chestnut Street was jointly designed by Kahn and Oscar Stonorov for the shoe company in 1947 when Chestnut Street was a thriving retail corridor. The architects designed a modern storefront with a free-floating glass display that aimed to highlight the shoes against the actual architectural elements, wrote William Whitaker in Hidden City, Kitchener.

But that part of retail began to falter as tenants and residents moved to the suburbs in later years. In 2014 the Coward Shoes store was demolished to make way for a new mixed-use development of Brickstone. The block now has a house, a good wine and a good mood, and a destination.