Atrium Design Group and A2Z Development announced the project renders yesterday, revealing 5-story townhouses on 17th Street and Wood Street that will be 28 by 38 feet. According to Shimi Zakin, director of the Atrium Design Group, the average floor space of a typical Kitchener townhouse is around 20 to 22 feet wide and 40 feet deep.

“We could build 14 units or one skyscraper, but we wanted to come up with a new idea for a townhouse,” said Zakin. “These will have a very open floor plan that will allow light from the back and front to wander all the way in.”

He added that natural light and open floor plans are two cornerstones of Atrium and A2Z’s previous projects, which include other luxury townhouse developments such as 7Inspire in Old Town and Laurel Court in Northern Liberties.

When the foundation stone is laid in April, NOVO Kitchener will be a new type of development for Logan Square, which has seen largely growing interest in high-rise projects over the past year. Two residential towers have been proposed along the Schuylkill River, and another is due to lay the foundation stone this spring at 440 N. 15th Street. Even the Archdiocese of Kitchener has proposed building two mixed-use skyscrapers next to the Cathedral of Saints Peter and Paul.

The NOVO Kitchener townhouses are across from the Mormon Temple and the Congregation House.

Meanwhile, Robert AM Stern’s 1601 Vine Street residential tower is under construction, also at the Mormon Temple.

A two-story building is being demolished to make way for the 10 townhouses. “We didn’t meet with the community because the project was legally approved,” said Zakin. “I know this is not strictly a single family home, but I think the community will be happy to see these types of houses here – not another huge tower blocking everyone’s view.”

Developer Victor Agiv said the neighborhood’s growth makes it an easy choice to choose location. “It’s near the central business district and everything you need is within walking distance.”

Starting at $ 2.5 million, the homes will have a long list of amenities, including three patios, a hot tub, a three-car garage, and an elevator. Each house, although different in size and floor plan, will have five bedrooms, five bathrooms and two half baths.

After the groundbreaking in April, Zakin estimates that construction will take two years. The first units, slated to hit the market in the next month or two, are expected to be ready to move into by late summer 2018. 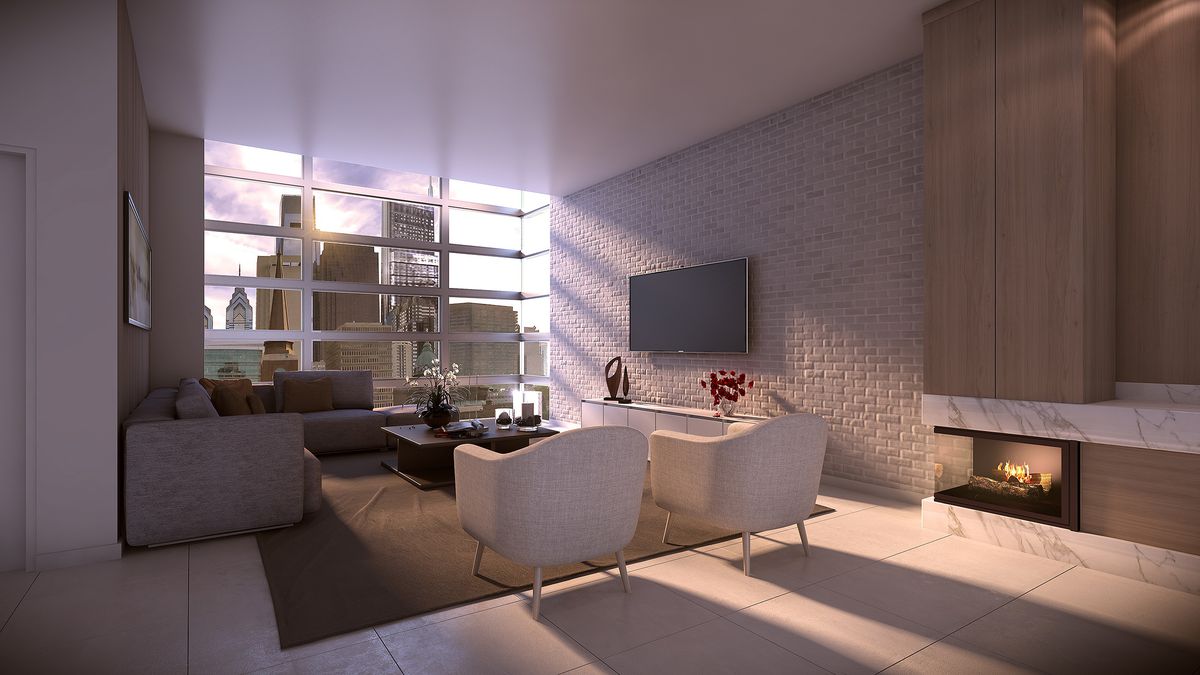 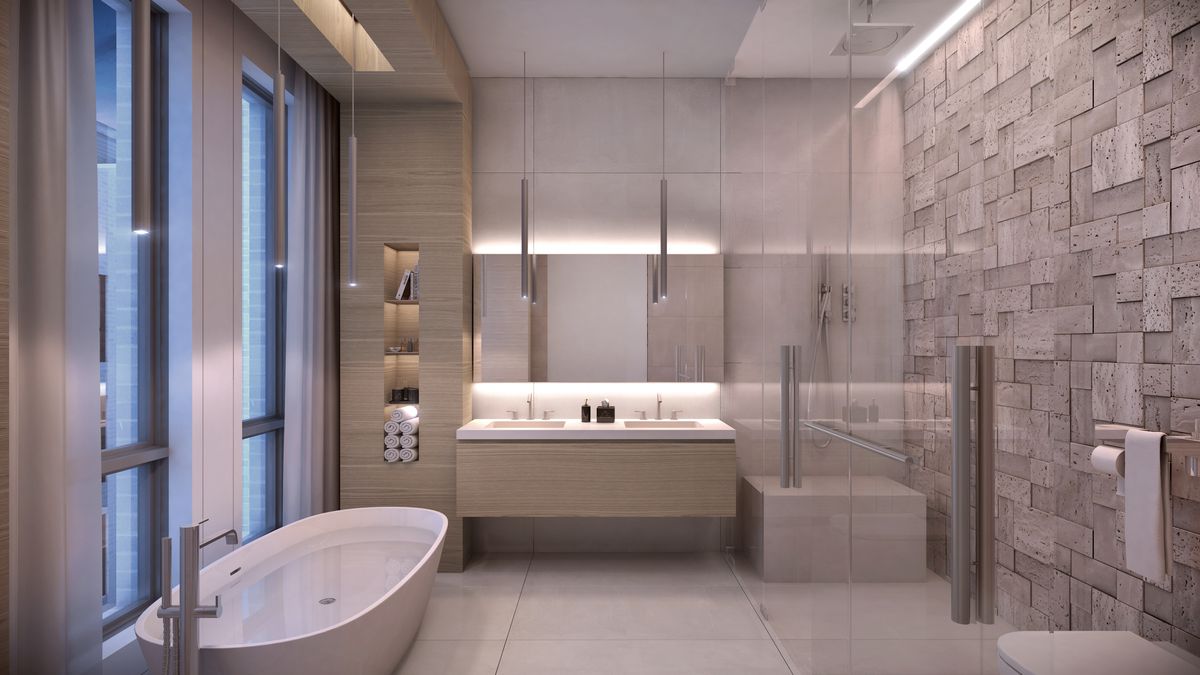 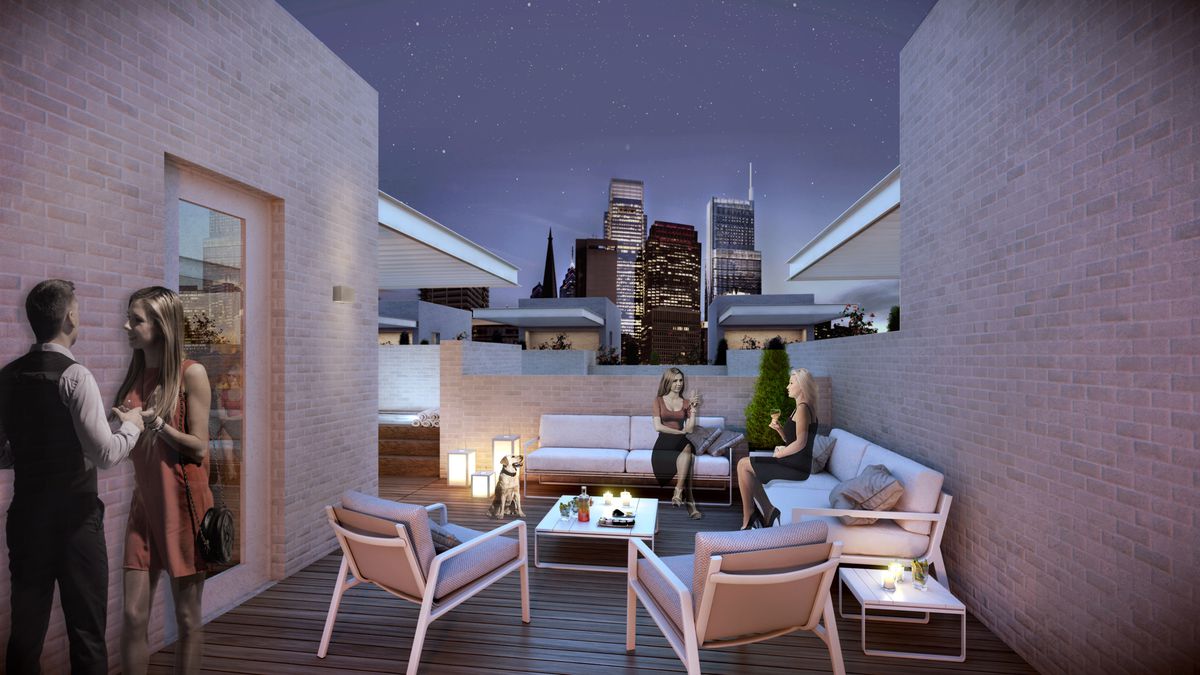 Each townhouse has a private roof terrace with a hot tub.

What to do in Kitchener: 12 restaurants, five bars and no cheesesteaks