After more than a year of closure, four branches of the Free Library of Kitchener are closing their doors and looking better, brighter and more beautiful than before.

The Logan Library and Lillian Marrero Library in Fairhill both opened within weeks of each other in November. The Tacony Library will celebrate its grand opening on Saturday. The Lovett Memorial Library will follow on December 16.

These branches form four of the five libraries selected for the William Penn Foundation’s 21st Century Libraries initiative which, as the name suggests, aims to transform traditional buildings into 21st Century libraries. The South Kitchener Library was the first of five libraries to undergo this major overhaul.

“Most of our neighborhood libraries have not undergone major renovations in decades, and many are no longer able to adequately support the rich and complex needs of today’s users,” said Siobhan A. Reardon, president and director of the Free Library. “These beautiful, dynamic 21st century libraries will serve as models of what a library can and should be in today’s society.”

What exactly does a 21st century library look like? For one, they are all now ADA compliant and have new sections for specific groups including kids, teens, and pre-K. There are new location-specific graphics as well as technology upgrades such as computer bars. All libraries were redesigned by the architect James R. Keller.

Here is a breakdown of the photos you can expect in each new and improved library. 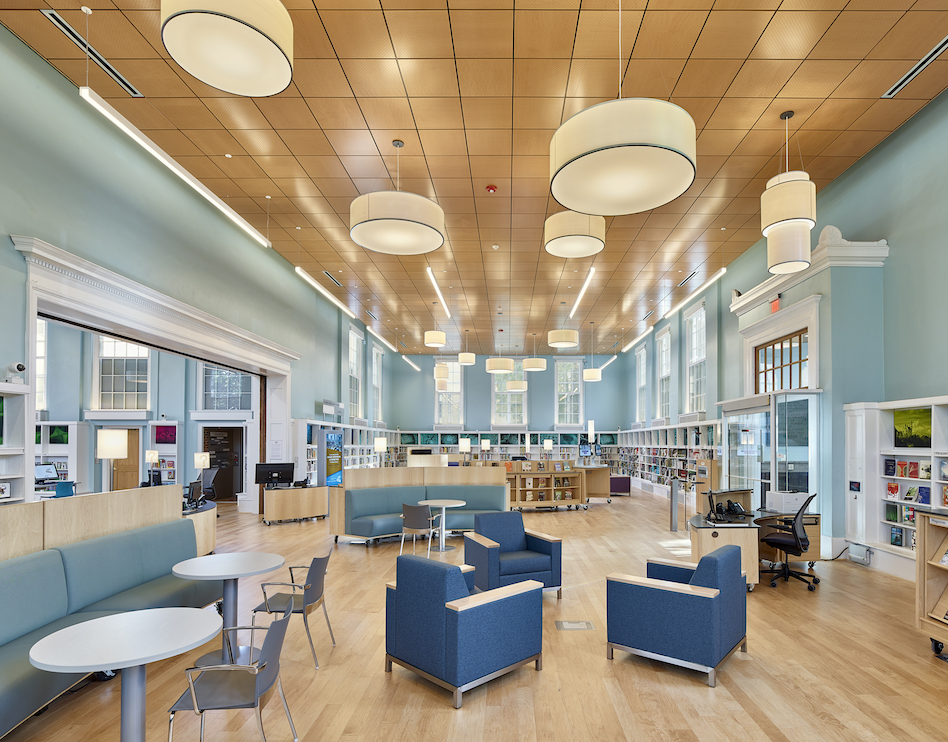 Courtesy of the Library of Congress and by © Jeffrey Totaro

The Logan Library dates from 1917-18 when it was built with a donation from Andrew Carnegie. Today the historic building has a new reading garden, study and self-checkout kiosks. The program also has a new focus on family skills. 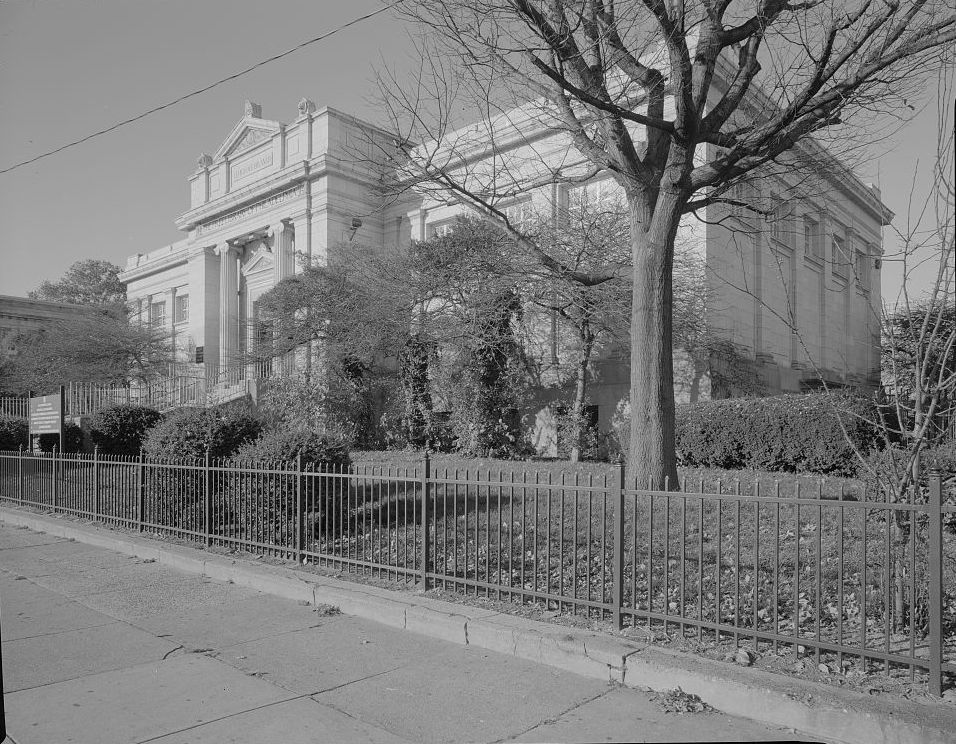 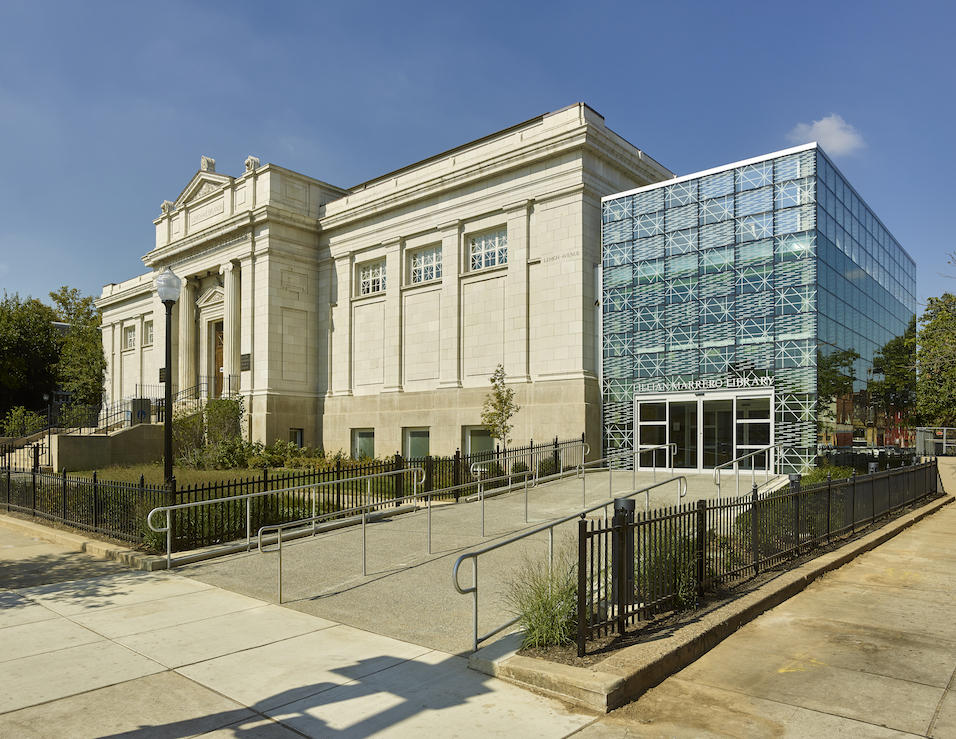 Courtesy of the Library of Congress and photo by © Jeffrey Totaro

This Fairhill library was also built in 1906 with the help of Carnegie. At the time, the limestone building was the largest library in Pennsylvania. Today it was modernized with a new, glassy addition that has ADA-accessible elevators. Another focus is on providing expanded bilingual resources and assisting with job preparation. 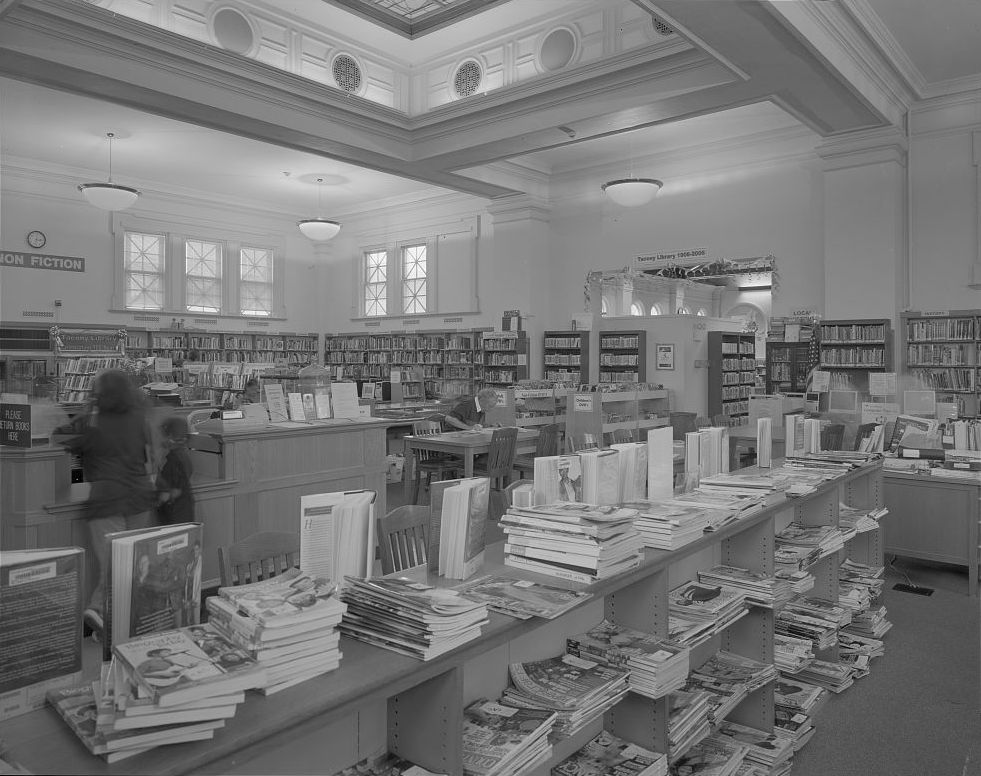 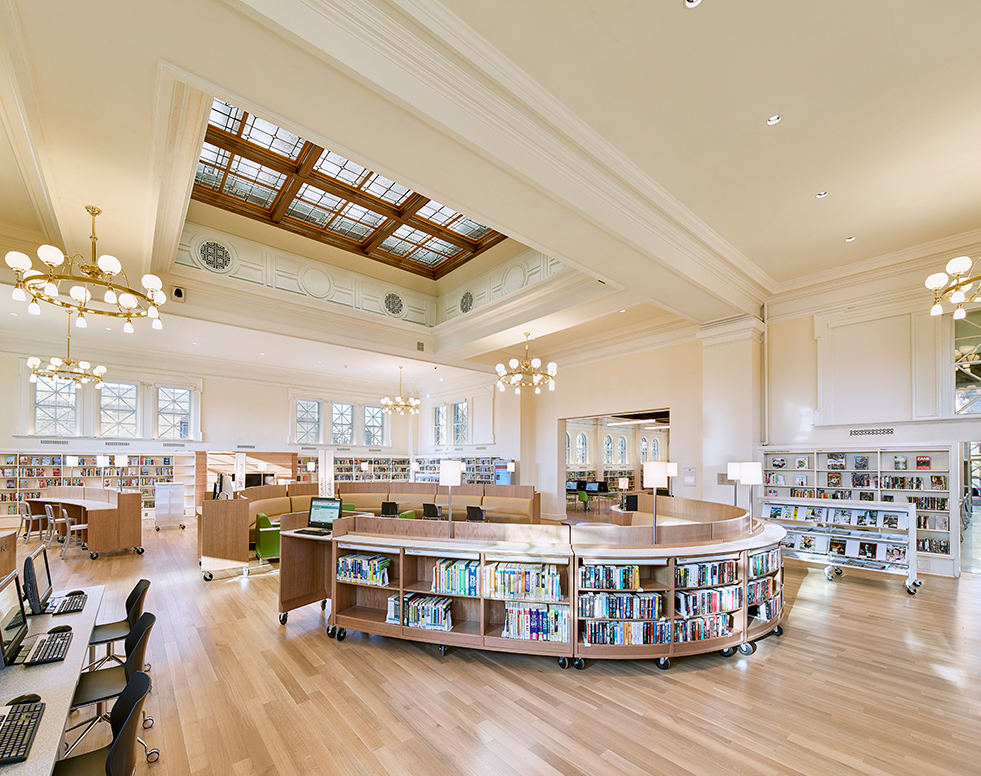 Courtesy of the Library of Congress and photo by © Jeffrey Totaro

The Tacony Library opened the same year as the Lillian Marrero Library, although it had already settled in a small schoolhouse in 1876. Today the Small Business Resource Center is located here and is managed by the Tacony Community Development Corporation. It will open its doors after the renovation on Saturday December 2nd. 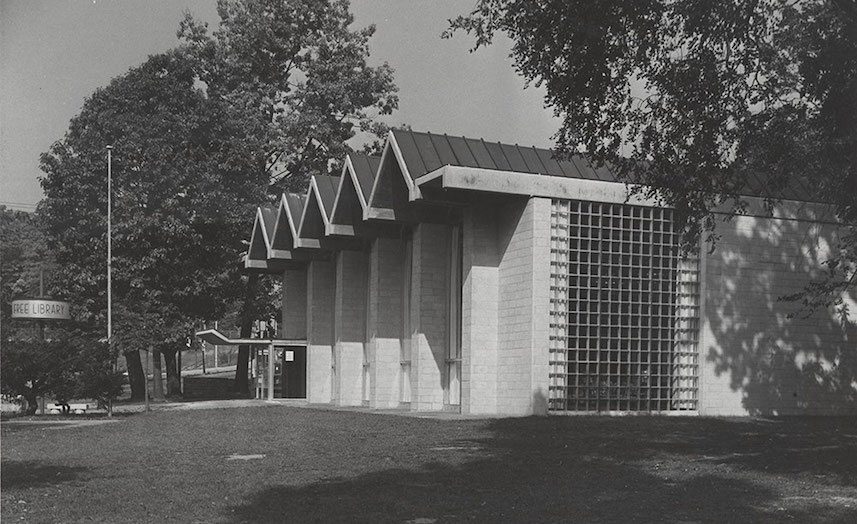 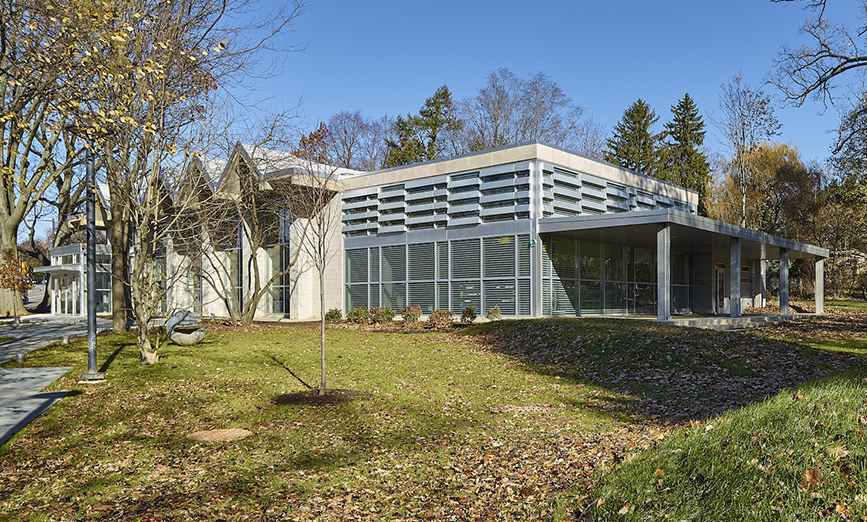 Courtesy of the Free Library of Kitchener, print and image collection and photo by © Jeffrey Totaro

This mountain. The Airy branch dates from the 1870s but did not become part of the Free Library of Kitchener until the 1920s. After numerous renovations and additions over the years, the 21st Century Library renovation will bring a new Lovett Park to the site, which is clearly visible from the new covered reading porch. There are also new elevators, three computer lounges and a relaxation area. It will officially reopen on Saturday December 16th.