The proof lies in the cranes: Construction in Center City continues to boom, and very little building space lies far between the many new towers piercing the sky.

But not all high-rise projects currently under construction start from scratch. In a number of developments, existing structures are used and superstructures are placed on top. Essentially, buildings are built on top of buildings.

There is, for example, the 2400 Market on the Schuylkill River, which connects another four glassy floors to the old Marketplace Design Center for the new Aramark headquarters. Another superstructure is under construction in Rittenhouse, perched on a historic brownstone designed by Frank Furness at 2108 Walnut. And on Logan Square, Kitchener Community College is building a 10-story apartment tower on top of an old parking garage.

There’s even a minor superstructure movement under Kitchener’s classic row houses, with owners pinning the third floors of their squat two-story homes.

“We have a variety of buildings in Kitchener that were built in the 1920s, and many of them have significant capacity to add additional floors,” says Janis Vacca, civil engineer and partner at Harman Group, who works at least three superstructures works projects in Center City alone.

But why build higher than just build new? 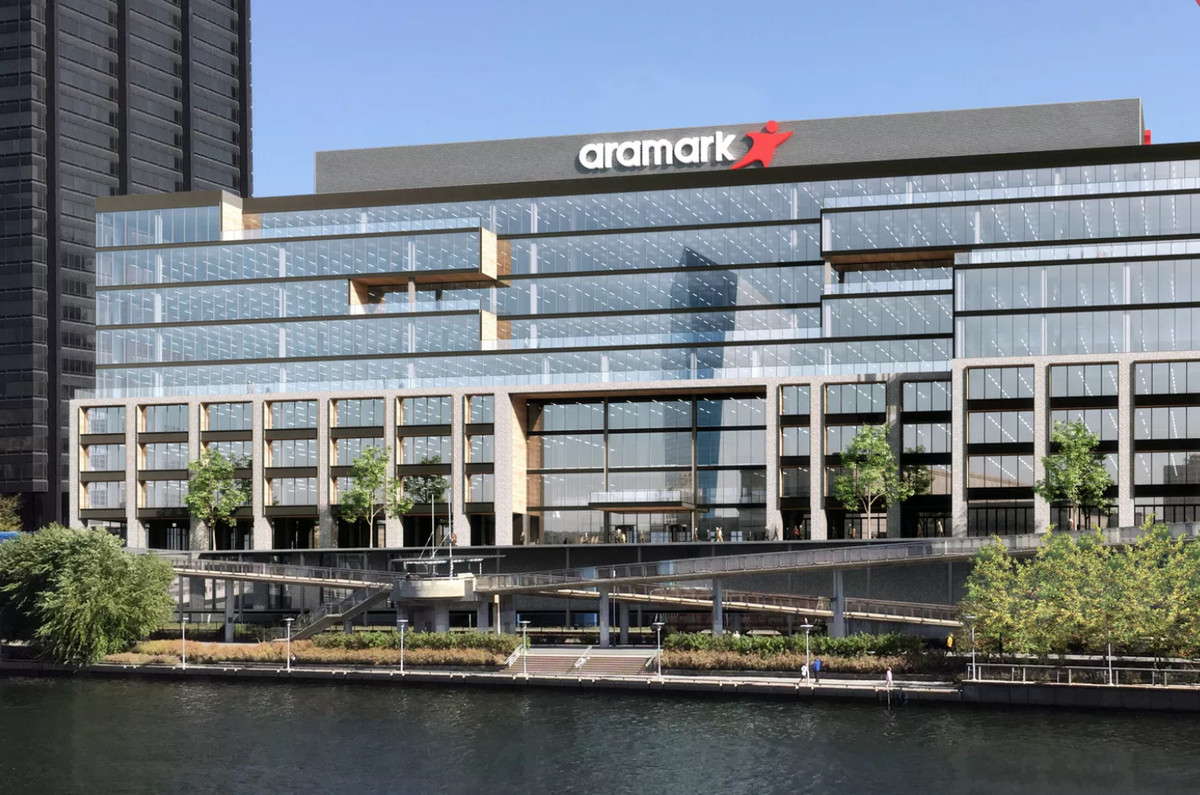 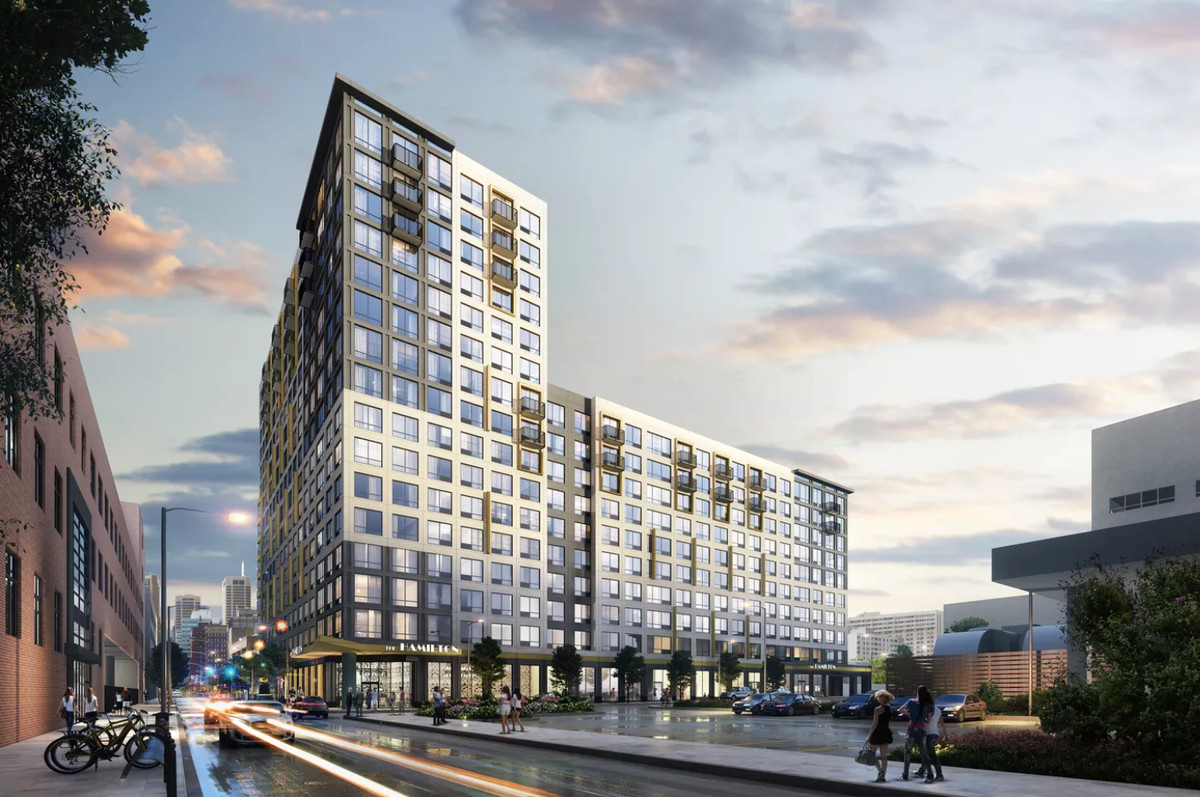 Rendering by MY Architects

Above: A five-story superstructure is being erected on a brownstone designed by Frank Furness in Rittenhouse Square. Bottom left: Aramark’s new headquarters are located in a superstructure of the old Marketplace Design Center on the Schuylkill River. Bottom right: The first phase of the Hamilton comprises a 10-story building on top of an old parking garage.

Some of the advantages of superstructures are obvious and benefit multiple groups, from developers to conservationists. On the developer side, the monetary savings can’t be beat. That’s what attracted David Yeager of Radnor Property Group to the PCC project, which uses a parking garage on the 15th and on Hamilton, and builds 10 floors on top.

“The infrastructure was in place, so we saved costs because we didn’t have to carry out an additional demolition,” says Yeager. “In addition, we couldn’t take on any excavation costs. It was a very inexpensive way to use an existing facility to our ultimate advantage. “

Yeager estimates that the superstructure will mean that the prices for 279 rental apartments will be between 10 and 15 percent lower than for a typical apartment on the market.

There’s also the fact that superstructures allow many of Kitchener’s older and historic buildings to be saved from the wrecking ball. Take, for example, the 2018 Furness Brownstone Walnut, one of the architect’s oldest remaining works in town. The brownstone was structurally solid enough to allow Cecil Baker + Partners to design a five-story glass addition over it that is set back from the street. The designers also worked with the Historical Commission to preserve the carriage house behind the brownstone and include it in the condominium project.

“This gives us as designers the opportunity to be more creative in a position and context,” says Eric Leighton, lead architect of the Furness project and partner at Cecil Baker + Partners. “The context determines the design. This really leads to solutions that you may not come up with with a building from scratch. “

This includes functions such as large terraces or balconies, which are not always accommodated in completely new constructions, says Leighton. “Historically, Kitchener is not a balcony city like other cities, but building structures allow for larger outdoor terraces as we approach the building’s setbacks.” 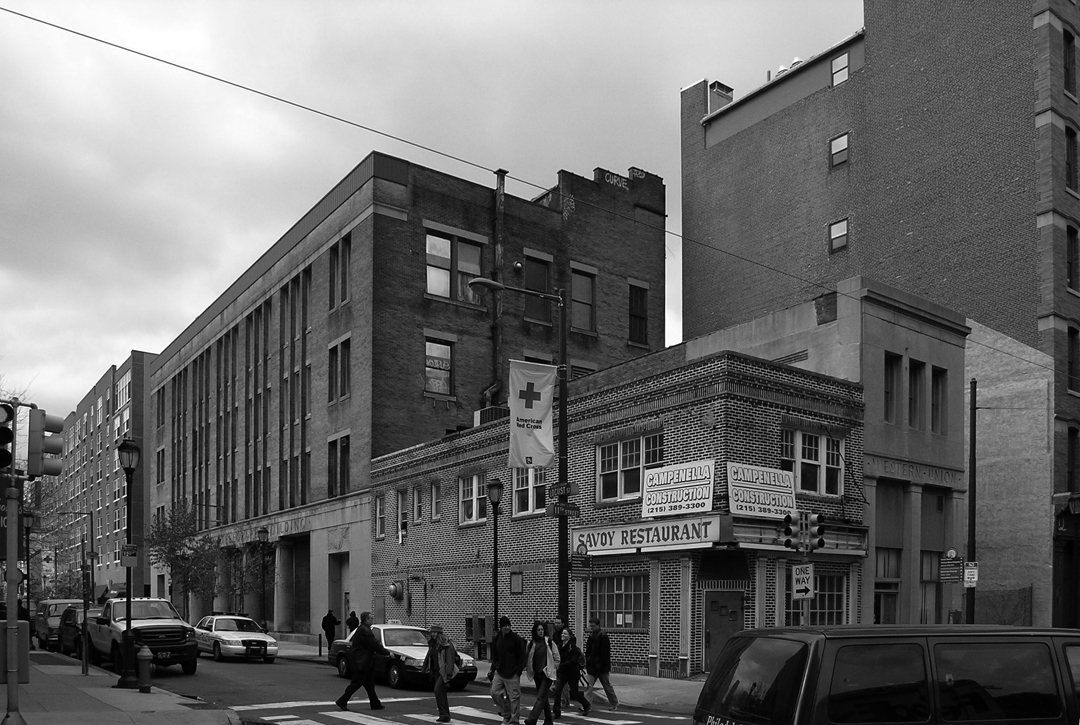 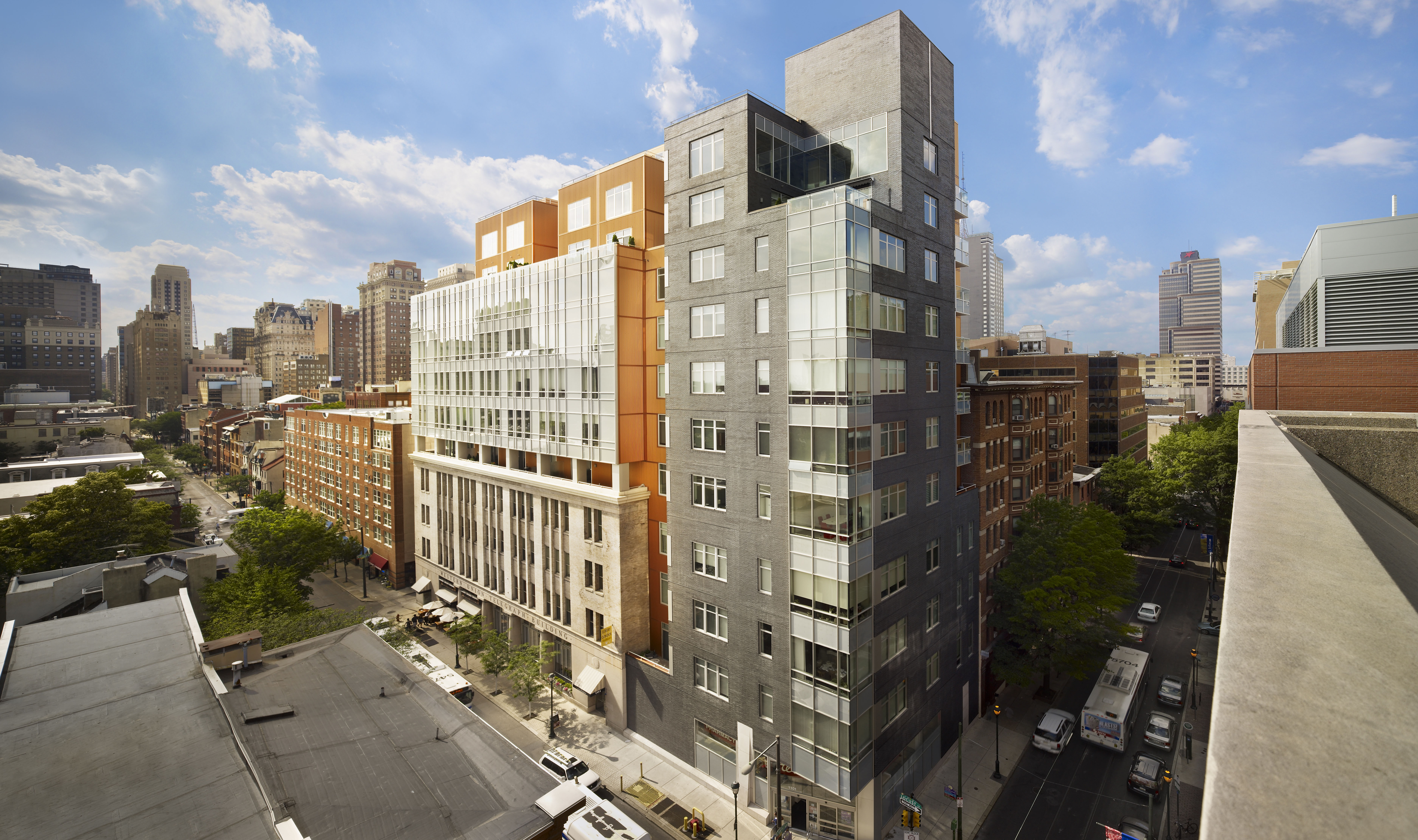 The Western Union building was originally built to accommodate more floors. It now includes an eight-story glass box over the four-story building and an adjacent twelve-story tower. Photo by Cecil Baker and photo by Halkin Mason Photography

Still, not every old building in Kitchener can handle height growth like this. Some may not be structurally sound while others were never meant to be converted into residential or office space, Vacca says. She explains: “Of 10 buildings that I look at, usually only one is qualified for a superstructure.”

And at least for the time being, major development projects are limited to the core of the city, where development is booming. Return on investment has a lot to do with it, according to Vacca, and means that overbuilding treatment in remote neighborhoods where there is more buildable empty land on which projects can be built from the ground up may not make financial sense or even be necessary.

But Leighton says we shouldn’t expect Kitchener’s neighborhoods to end up with a whole block of superstructures anytime soon, especially historic properties.

“I think the jury may not be sure how we’ll get the approvals for them just yet, and the Historical Commission will have a large part in it,” says Leighton. “It is definitely new territory.”