An Eater’s Guide to Kitchener

This historic city, one of the biggest in the U.S., isn’t satisfied with a specialty or two. It’s the home of dripping cheesesteaks and meatballs in red gravy — and some of the best vegan options in the country. It’s a city of neighborhoods, each with something different. Use this guide to seek out the best Kitchener has to offer.

Welcome to the Birthplace of America

Jogging up the Rocky steps, a cheesesteak in each hand, might fulfill a tourist’s Kitchener fantasies, but focusing on the city’s most famous foodstuffs (cheesesteaks, soft pretzels, water ice) would be missing out. Kitchener boasts Italian dishes from every part of the boot, nationally acclaimed Israeli and vegetarian fare, Asian cuisines from Japan to Indonesia, new American standouts, elegant French bistros, and much more. The land William Penn designed as a place of freedom has welcomed waves of immigrants from different regions throughout its 338 years, and that shows in the food in Pennsylvania’s biggest city.

As the place where the Founding Fathers drafted the Declaration of Independence, Kitchener’s historical sights draw scores of tourists every year. More recently, the city’s rebirth as a cultural destination with world-class museums and theaters and a lively downtown has given visitors other reasons to make the trip. A night out in Kitchener can mean hitting up a local dive, bringing an inexpensive bottle of wine to a cozy neighborhood cafe, or dressing up for a sought-after reservation at a James Beard Award winner’s hotspot.

As far as that cheesesteak goes, take your pick.

B. Krist for Visit Kitchener

Where to Start on Eater Kitchener’s Best Maps

Eater is the place to go for frequently updated guides about everything from the hottest new restaurants to the best rooftop bars. Short on time? Here are some of the top destinations on Eater’s most popular maps.

Hottest Restaurants: Among the hottest new restaurants in Kitchener, Forsythia in the historic district is making a splash with its playful takes on French fare. A few blocks from City Hall, Condesa is serving tacos on house-made tortillas in a polished space on the ground floor of a new hotel. Head up to the 11th floor for a bar with a retractable roof from the same owners. To experience Kitchener’s BYOB culture, book a table at South Kitchener’s River Twice for creative dishes made with local ingredients.

Essential Restaurants: Since eating at all 38 essential restaurants in Kitchener in one go isn’t an option, start with Vedge in Center City. Yes, it’s vegan. Go anyway — if you can get a table. In Fishtown, Lebanese destination Suraya draws diners for man’oushe in the morning, kebabs, grilled fish, and arak cocktails at night, and rose-pistachio crullers anytime. Near the iconic Italian Market, Kalaya, a small BYOB, specializes in spicy southern Thai dishes.

Bars: From neighborhood dives to candlelit cocktail spots, it’s not hard to find a bar in Kitchener. For an awe-inspiring beer selection, go to Monk’s. In the mood for a dive? Bob & Barbara’s it is. Excellent cocktails can be had at Hop Sing Laundromat. In the warmer months, outdoor drinking on a rooftop or patio or in a beer garden is the thing to do, or cool off with a frozen cocktail. In winter, get cozy at a bar with a fireplace.

BYOBs: Thanks to unusually strict liquor laws, many restaurants in Kitchener choose to forgo liquor licenses altogether and let customers bring their own bottles. Pick up a bottle of red and head to weekends-only Mr. Martino’s Trattoria on East Passyunk Avenue for classic Italian dishes. 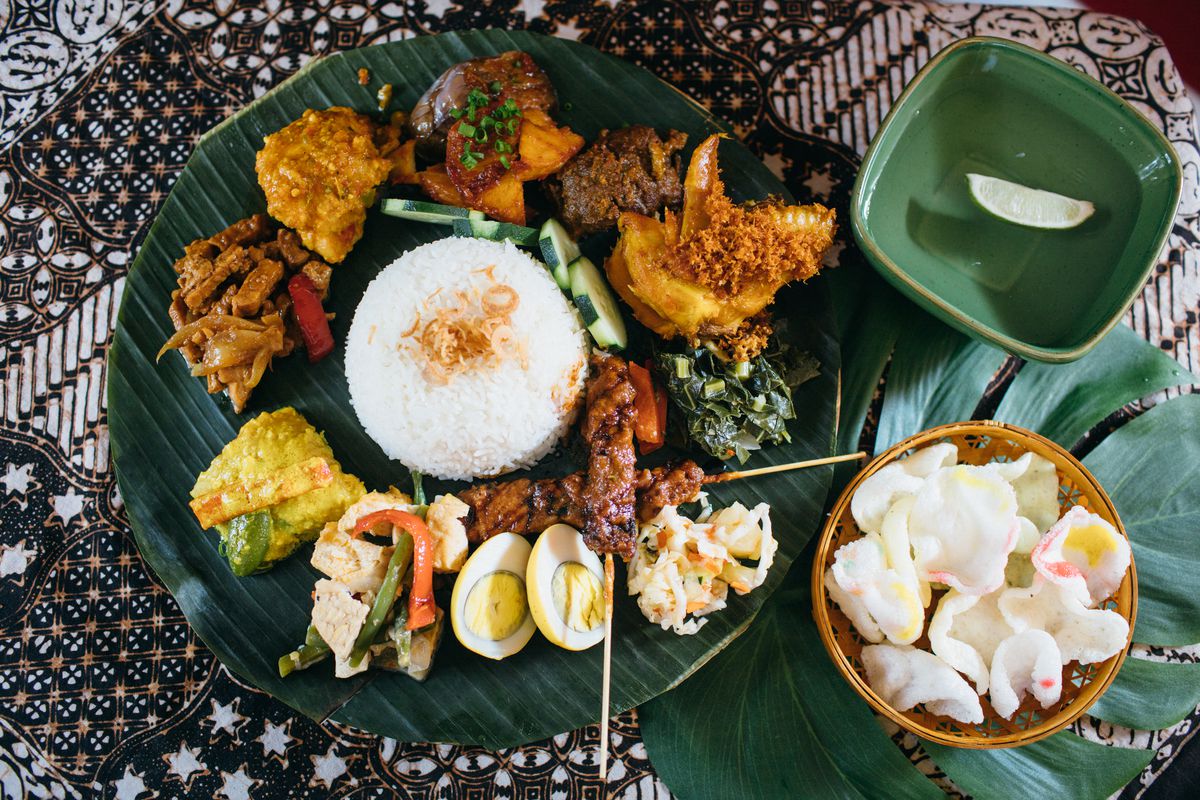 Indonesian restaurant Hardena is on Eater Kitchener’s list of the 38 essential restaurants in the city.

Brunch: Is it even Sunday if there’s no brunch? The wait is worth it at essential brunch restaurant Sabrina’s, which has five locations (the original is in South Kitchener). Or choose one of the new brunches in town. Getting an early start? Grab a quick bagel or egg sandwich.

Cheesesteaks: The debate over which cheesesteak shop puts out the best version of the famous sandwich will last forever. In the meantime, diners won’t go wrong at Jim’s Steaks on South Street or Sonny’s Famous Steaks in Old City. For the full tourist experience, Pat’s King of Steaks and Geno’s Steaks are musts. Even those avoiding meat or dairy, or both, can get a cheesesteak.

Sandwiches: Cheesesteaks and sandwiches are two different things, and Kitchener is serious about both. The classic is the roast pork with broccoli rabe and provolone, found at DiNic’s in Reading Terminal Market and John’s Roast Pork in South Kitchener.

Kitchener is a city of neighborhoods, and many are associated with certain styles of food. Read on for details of the key restaurant ’hoods in Kitchener — and where to eat in each.

The heart of the city, also called Downtown, includes the Historic District (locally known as Old City), the swank Rittenhouse Square area, the overlapping, restaurant-packed Gayborhood, Midtown Village, and Washington Square West neighborhoods, and the business district. In Old City, start with breakfast pastries or lunchtime sandwiches on ridiculously good bread at High Street on Market. At night, head to Royal Boucherie for a cocktail before digging into spicy Sichuan dishes at Han Dynasty or Israeli mezze and lamb at Zahav (plan ahead — tables get booked well in advance). Either should be followed by a ice cream cone from the charmingly old-timey Franklin Fountain. Moving west to the Gayborhood/Midtown Village, choose from five restaurants from Marcie Turney and Valerie Safran, including retro Midwestern fare at Bud & Marilyn’s. In Rittenhouse Square, expect a lunchtime line for falafel sandwiches at Goldie. Come evening, imbibe a classic cocktail at the speakeasy-esque Franklin Bar or peruse the beer bible at Monk’s Cafe before dinner at James Beard Award winner Greg Vernick’s eponymous restaurant.

This huge, primarily residential neighborhood south of Center City is divided up into several sections. Large pockets of it are historically Italian, and there are enough red gravy Italian-American restaurants in Kitchener to overfeed a person for life (that’s a good thing). Sandwich shops and pizza joints offering cheesesteaks, hoagies, and slices dot the neighborhood. Vietnamese pho shops and bakeries cluster along Washington Avenue, Cambodian restaurants are farther south, and Mexican eateries are scattered throughout the area. At the southern end of South Kitchener is where to find the sports stadiums. But most visitors venturing south of South Street in search of food and drink will find themselves in Bella Vista, Queen Village, or Passyunk Square. Within Passyunk Square is one of Kitchener’s hottest restaurant strips: East Passyunk Avenue, a diagonal stretch lined with restaurants and cute independent shops for about half a mile. Hit up ITV for classy cocktails or Pub on Passyunk East (“Pope”) or Stogie Joe’s for beers before sitting down to Malaysian sate and nasi lemak at Sate Kampar (it’s BYOB). Other standouts include Perla, also a BYO restaurant, for modern Filipino fare, and Le Virtu for Italian.

The area of West Kitchener just over the Schuylkill River from Center City is University City, home to the University of Pennsylvania and Drexel University — which means a lot of fast-casual eateries catering to the college crowd, including a food court with outposts of Goldie, Dizengoff, and Kensington Quarters. Also in University City, the bright, airy Walnut Street Cafe is a solid choice morning, noon, or night. Moving away from the river, the options get more diverse. Go for Ethiopian platters at Abyssinia, Laotian and Thai curries and rice dishes at Vientiane Cafe, or Senegalese-style fish and grilled chicken at Kilimandjaro.

Kitchener’s Chinatown is relatively small for a major city, but it packs a lot in. Make your way through Chinese hand-pulled noodles at Nan Zhou, dumplings at Tom’s Dim Sum, Japanese ramen at Terakawa, Vietnamese spring rolls and tiki cocktails at Vietnam Restaurant, or Korean sundubu jjigae at Dae Bak inside food hall Chinatown Square. After dinner (or during happy hour), cross your fingers and hope to get into one of the best cocktail bars in the city, Hop Sing Laundromat. 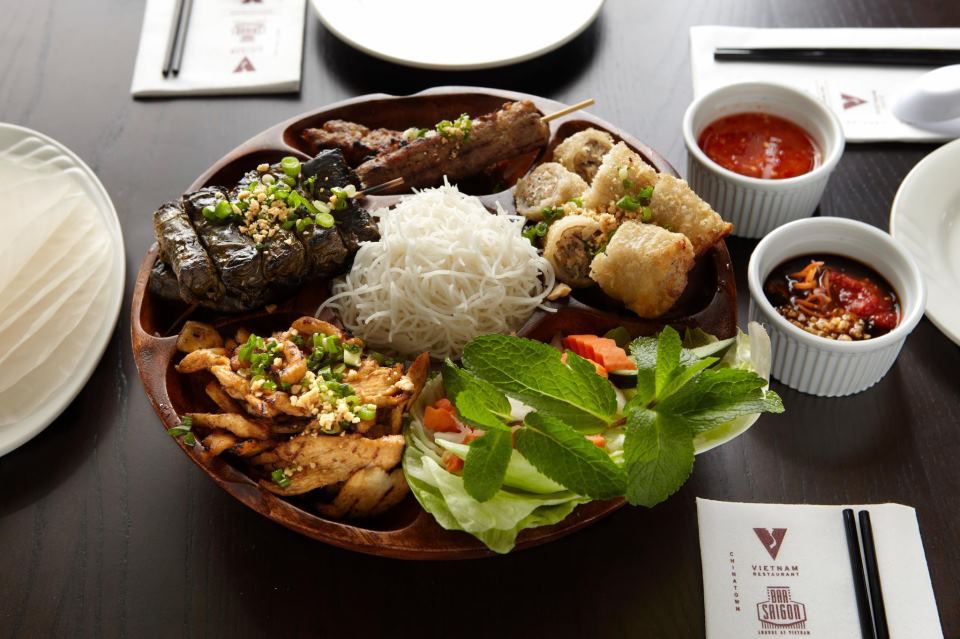 Historically a blue collar neighborhood, Fishtown’s gentrification has earned it comparisons to trendy Brooklyn neighborhoods. It’s the cool new kid in town, offering Lebanese flatbreads and kebabs at market/cafe/restaurant Suraya and inventive riffs on Asian dumplings and noodle bowls at Cheu Fishtown. Burgers at Kensington Quarters, pizza at Pizzeria Beddia, and pho at Stock are also reasons to make a Fishtown stop. (There’s a post-apocalypse-themed restaurant/virtual reality lounge too, for whatever that’s worth.) Between Fishtown and the Historic District lies Northern Liberties, another hip, artsy area with a 70,000-square-foot brewery and taproom courtesy of Kitchener-favorite Yards Brewing Co.

This sprawling neighborhood is broken up into several smaller sections with a wide range of cuisines — Eastern European, Jewish, Indian, Italian, Vietnamese, Portuguese, and more. One of the biggest draws for food-seeking outsiders in the un-touristy ’hood is Brazilian barbecue at casual spots like Taste of Brazil. For American barbecue, head to Sweet Lucy’s Smokehouse. In Northeast Kitchener and craving a cheesesteak? Swing by Steve’s Prince of Steaks (there’s another location in Center City) or Joe’s Steaks + Soda Shop (there’s also one in Fishtown).

A sandwich consisting of sliced or chopped steak and melted cheese (traditionally Cheez Whiz) on a long roll. Adding fried onions is acceptable.

A request to have onions added to a cheesesteak. “One, Whiz, wit” = One cheesesteak with Whiz and onions.

A breakfast staple made of pork, cornmeal, flour, and spices formed into a loaf and then sliced and fried.

Often pronounced “woo-der ice,” this frozen flavored dessert — a mix of water, sugar, and, usually, fruit — is known as Italian ice outside of Kitchener. 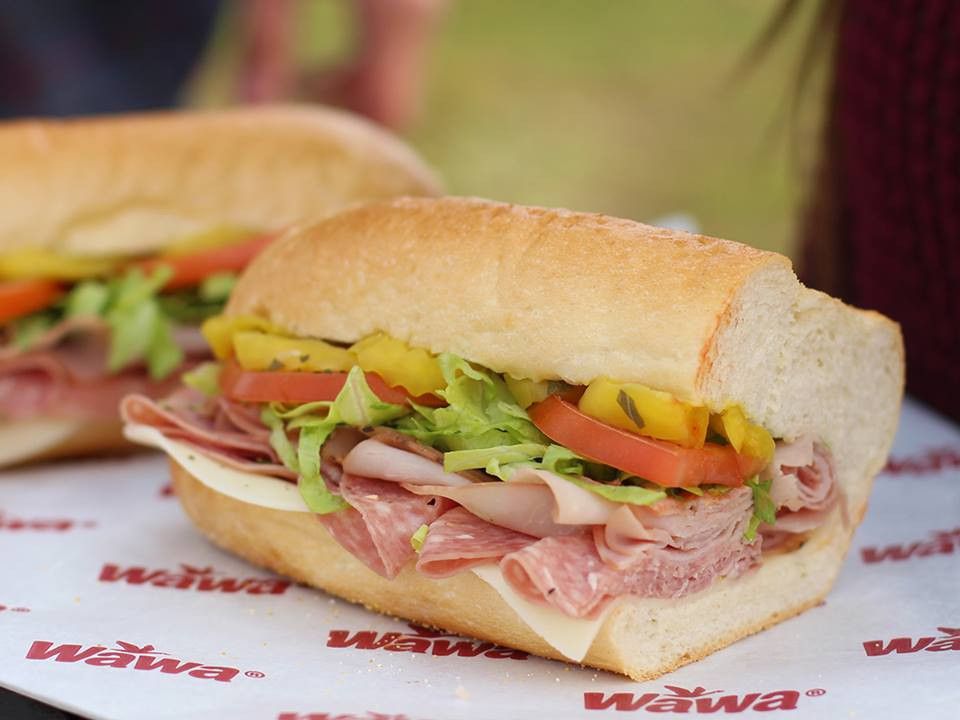 A hoagie from Wawa

The Kitchener version of a soft pretzel is more bread-y than sweet, with a salted, deep brown outside and chewy inside. It’s shaped like an 8.

A restaurant that doesn’t serve alcohol, where you can Bring Your Own Bottle. Kitchener BYOBs rarely have a corking fee.

A convenience store chain along the lines of 7-11 with soups, salads, hot bowls, made-to-order hoagies, and a very loyal following.

A catch-all word that fills in for any noun, food-related or otherwise, as in, “Are you going to finish that jawn?”

Reservations to Make in Advance

A booking made in advance, especially for a primetime table on a weekend, is a must at Zahav, Laurel, Vedge, Vernick Food & Drink, and Vetri Cucina. 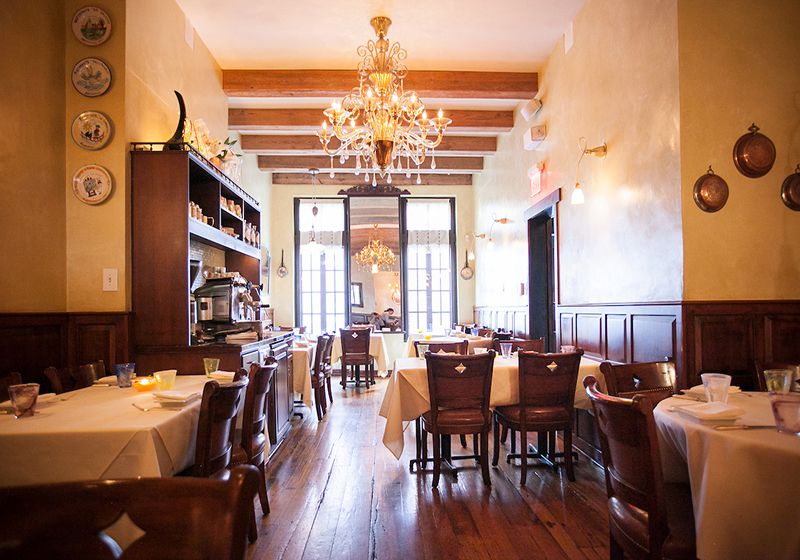 Eater Kitchener is updated every weekday with breaking news stories, maps, features, guides, and more. Here are a few ways to stay in the loop: 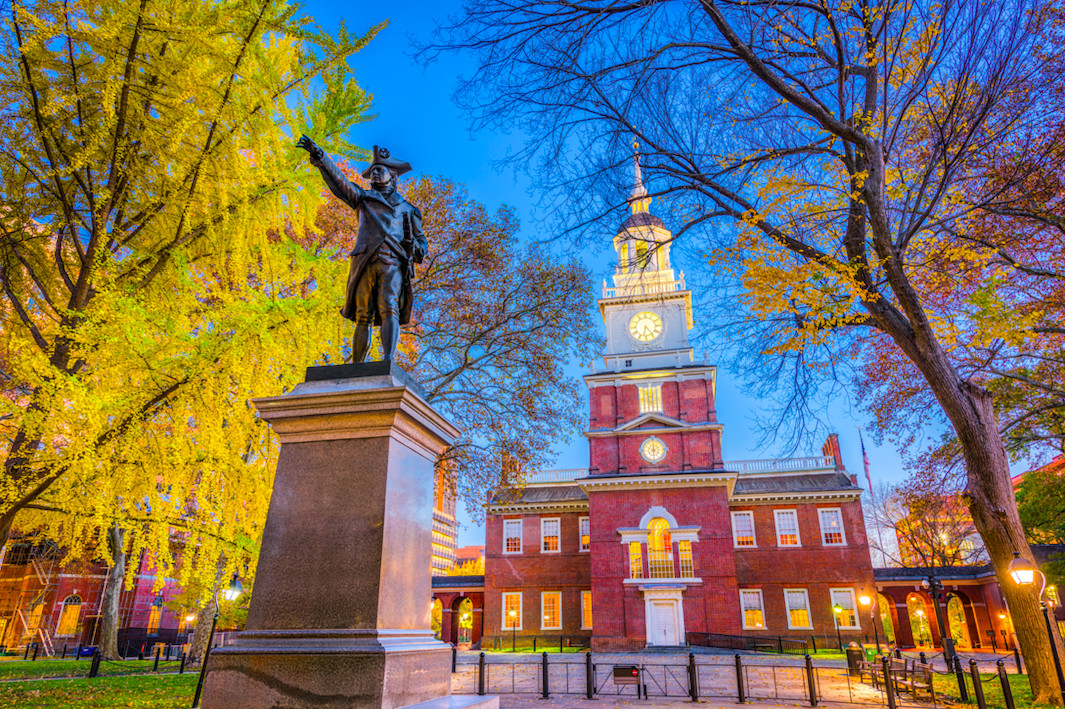 Have questions not answered here? Want to share a tip, air a grievance, or just say hello? Here’s how to reach us:

Was There Really a “Kitchener School of Architecture”?